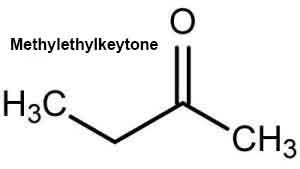 The Occupational Safety and Health Administration (OSHA) cited Coatings Unlimited with 14 safety violations following an August 2012 incident. KCI Construction was also cited with one serious violation as a result of the same incident. A 53 year old worker died at the Boschertown sanitary sewer lift station construction site when he was overcome by methyl ethyl ketone. Proposed penalties total $229,000.

Located in Bridgeton, MO, Coatings Unlimited opened for business in 1954 according to the company’s website. The company specializes in painting and coating services and employs approximately 200 people. KCI Construction was established in 1922. KCI specializes in general building and concrete work. The company is located in St. Louis, MO.

OSHA cited Coating’s Unlimited with three willful violations, 10 serious violations, and one other-than-serious violation. The company was placed in OSHA’s Severe Violator Enforcement Plan due to the serious nature of these violations. Five violations involved violating the respiratory protection standards set by OSHA. In addition, the company was cited for not providing chemical-resistant gloves, not training on hazardous chemicals used, a lack of fire extinguishers on the scene during flammable liquid use, and inadequate portable extension ladders. All violations centered around improper control and prevention procedures involving methyl ethyl ketone.

Methyl Ethyl Ketone, also known as Butanone, is an organic compound that has a sweet aroma, similar to butterscotch. It is produced in bulk for use in industry as a solvent. It is used in processes involving gums, resins, cellulose acetate and nitrocellulose coatings and in vinyl films. It has similar solvent properties to acetone but boils at a higher temperature and has a significantly slower evaporation rate. Methyl Ethyl Ketone is an irritant, causing irritation to the eyes and nose of humans and in high quantities can cause respiratory distress.

KCI Construction was cited with one serious violation for failing to conduct frequent and regular inspections of the job site material and equipment by a competent person and neglecting to train workers to recognize unsafe confined space conditions.

Charles Adkins, OSHA’ regional administrator in Kansas City, MO stressed employers have an obligation to protect the safety of workers. He further commented on the unfortunate loss of a life at the construction site and emphasized employers have a responsibility to eliminate hazards from the workplace and provide protective equipment to reduce exposure.

Company managers and supervisors need to be continually educated on various agents and substances that are toxic in the workplace. Our OSHA-Approved 30 Hour General Industry Training can provide valuable information and can be taken online for convenient consumption.