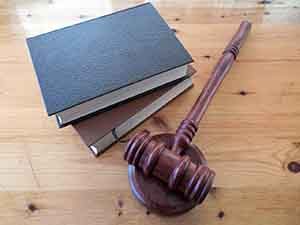 The U.S. Department of Labor is launching a pilot process in its Western Region, which affects the manner and time frame in which claims are addressed and, subsequently, resolved. The “Expedited Case Processing Pilot” allows an individual covered by certain statutes to petition the Occupational Safety and Health Administration to cease its investigation of a given claim and issue their findings for the Department of Labor’s Office of Administrative Law Judges to consider. There are a variety of criteria which the individual would have to meet but, barring ineligibility due to a failure to meet these criteria, the pilot could, ostensibly, expedite a claim and provide further protection for the complainant and transparency in the filing process. Administrative law judges may order the same resolutions as OSHA, including back pay, compensatory damages, and punitive damages, where authorized, in addition to attorneys’ fees and reinstatement. The pilot process became effective Aug. 1, 2016, in the agency’s San Francisco region, which includes California, Nevada, Arizona, Hawaii, and the islands of American Samoa, CNMI, and Guam.

According to initial guidelines regarding the pilot process, Following OSHA’s determination that the aforementioned criteria has been met, they will audit the claim to determine, based on the information gathered up to the date of the request for expedited processing, if reasonable cause exists to assert that a violation of the statute has occurred. OSHA officials will then take one of three actions:

The criteria for which a potential complainant would be audited, follow initial proposal of expedition, would be:

Barbara Goto, OSHA San Franscisco regional administrator, says, “The ultimate goal is to bring about quicker resolution for whistleblowers and their employers regarding claims of retaliation for reporting safety and other concerns on the job.”

OSHA approved training courses are a good requisite protocol for supervisors and safety officers in the manufacturing industry. Such courses address the rights of whistleblowers and outline the importance of transparency in a potentially dangerous workplace.