Aviation Safety Now A Joint Effort Between FAA and OSHA 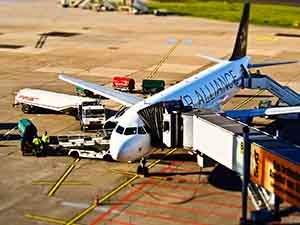 Aviation safety got a boost recently when the U.S. Department of Transportation’s Federal Aviation Administration proposed that OSHA be able to enforce certain occupational safety and health standards that are currently not covered by FAA oversight, under a new policy for addressing flight attendant workplace safety.

Earlier this year, Congress passed the FAA Modernization and Reform Act of 2012, which requires the FAA to develop a policy statement outlining the circumstances in which OSHA requirements could be applied to crew members while they are working on aircraft. Currently flight attendants have OSHA protections on the ground, but lose them once they board a plane thus leaving gaps in aviation safety.

Aviation safety of flight attendants  includes things such as exposure to noise or blood-borne pathogens. It may also include access to information on hazardous chemicals. (Training on these safety tenets are found in basic OSHA-Approved training found in our Online OSHA 30 Hour General Industry Training Course).The FAA and OSHA will work to identify all conditions where OSHA requirements could apply. They will also develop procedures to ensure that OSHA does not apply requirements that might affect aviation safety. FAA aviation safety regulations will take precedence over OSHA standards.

Transportation Secretary Ray LaHood stated, “Safety is our highest priority and that certainly extends to those who work in the transportation industry. Under this proposal, flight attendants would, for the first time, be able to report workplace injury and illness complaints to OSHA for response and investigation.”

Secretary of Labor Hilda L. Solis commented, “The policy announced today with the FAA will not only enhance the health and safety of flight attendants by connecting them directly with OSHA but will, by extension, improve the flying experience of millions of airline passengers.”

“We look forward to working with the FAA and the airlines to assure the protection of flight attendants, said Dr. David Michaels, Assistant Secretary of Labor for Occupational Safety and Health.

Airline unions have sought these additional safety protections for 37 years. The FAA claimed jurisdiction over these issues in 1975, but flight attendants felt that health issues such as air quality, noise, and radiation exposure have never been addressed adequately. Aviation safety was always incomplete once personnel were in the air.

Veda Shook, president of the Association of Flight Attendants, the largest flight attendant union with 60,000 members, said “AFA looks forward to continuing work with the FAA and OSHA as we finally bring vital safety and health protections to our nation’s flight attendants.”

“This is a validation that the aircraft cabin is our work space,” Ms. Shook continued. “Any enhancement for flight attendants would also be an enhancement for passengers.” She said that OSHA could help change aviation safety practices and policies, such as some airlines providing both training and equipment to deal with bleeding passengers, while others do not.

Rep. Marie Hirono, D-Hawaii and a member of the Transportation Committee, has advocated for the OSHA coverage for flight attendants and called the proposal “a long overdue victory.” She said, “Flight attendants are our first responders in the sky, so ensuring a safe workplace for them helps to keep air travel safer for everyone.”

Airlines, represented by the industry trade group Airlines for America, consider the current FAA oversight adequate. Victoria Day a spokesman for the trade group, said, “Airlines for America believes that expanding the regulatory process across multiple agencies is unnecessary, creates conflicting regulatory authority and a host of logistical problems throughout the industry.” Ms. Day said, “”Airlines will thoroughly review the proposal and submit comments outlining their concerns.”