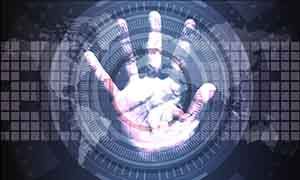 Along with those aforementioned citations processed by the agency, following a Dec. 4, 2016 inspection, a front-end loader used on the facility grounds was found to be improperly maintained, thereby exposing employees to potential “struck-by” hazards.

According to Lisa Levy, director of OSHA’s Hasbrouck Heights Area Office, “Park Stein’s regular use of a front-end loader that was so poorly maintained as to create a hazard to its employees reflects a willful lack of regard for the safety of employees at the facility. Inspectors documented many repeated violations at Park Stein that meet the requirements for OSHA’s Severe Violator’s Enforcement Program. The agency created the program for recalcitrant employers who demonstrate indifference to the health and safety of their employees through willful, repeated, or failure to-abate violations of the OSH Act.”

Park Stein has been cited for sixteen violations, with proposed penalties totaling $121,660. Park Stein, which operates under the business title, Parkway Iron and Metal Company Inc., was cited for nineteen violations at a proposed cost of roughly $78,000 in May 2012, following previous violations in March 2010.

Safer practices in the workplace, particularly as regards the waste industry, are of the utmost importance. It is important that those who direct facilities such as those who find themselves in violation, like recycling company, Park Stein Inc., implement safety and health programs commensurate with the industry standard. Resources for approved OSHA training in the general industry workplace are available, online, and can prove to be the difference between a violation and a workplace that is up to code.