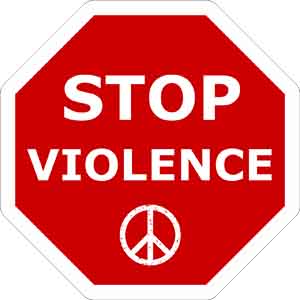 TMT, Inc., headquartered in Dallas, Texas, has been cited by OSHA for four serious safety violations related to workplace violence. These were on the heels of an aggravated robbery that resulted in the death of an employee at the Whip-In convenience store in Garland, Texas. An investigation was opened by the Dallas area office of OSHA after the incident. An employee was robbed and then set on fire by the robber. The employee, a 76-year-old woman, suffered second- and third-degree burns in the incident. She was taken to a hospital where she died a week later.

OSHA’s investigation included the three other stores owned by TMT in Dallas and Mesquite. They found that workers at all the locations were exposed to similar workplace violence hazards. Stephen Boyd, OSHA’s area director,  stated, “Handling money, working alone and standing behind open counters leaves employees vulnerable to violent crimes. The employer should have conducted an analysis to identify risk for violence. Then, they should have implemented appropriate control measures. Providing  training to ensure awareness of workplace violence, can save lives. This tragic loss of life could have been avoided.”

Each of TMT’s four stores was cited with violation of OSHA’s “general duty clause.”  This focused on the  failure to provide a workplace free from recognized hazards likely to cause serious injury or death. The hazards in these stores present the threat of workplace violence to employees. Workplace violence is defined as any act or threat of physical violence, harassment, intimidation, or other threatening and disruptive behavior that occurs at a work site. It can include threats and verbal abuse, physical assaults, and even homicide. Workplace violence can affect and involve employees, clients, customers, and visitors.

TMT, Inc. which employs more than 60 employees in the Dallas/Fort Worth area, has 15 business days to comply, request an informal conference with OSHA’s Dallas area director, or contest the findings before the independent Occupational Safety and Health Review Commission.

Executives in many companies have chosen to train their Managers and supervisors in workplace violence and general safety protocols in light of of OSHA’s attention to the growing issue. Online OSHA-Approved Safety Training Programs are encouraged for their ability to provide vital safety information in a quick and easy format that matches a busy schedule.